On most nights I have a dream and, although in my waking moments I have begun to forget everyone and everything’s name, I very often retain a clear image of some tiny fragment of each night’s unconstrained meanderings. This morning’s memory is of a very dapper man, with a shining head of slicked down hair asserting that he would be truly happy if, on each and every day of his life, he could have a tin of peaches. I cannot recollect the context of his partiality to tinned peaches in the dream, but the memory has served to stir my own recollections of childhood. “Cling peaches in heavy syrup” is the title of the memory, co starring “Evaporated Milk”. In another time they were considered to be a treat, never more so than when they were part of my “tuck” that I took back to boarding school in my eponymous “tuck box”. This small wooden trunk, with a padlock, was the only gesture of privacy allowed to a junior in those institutions although that privacy could be short lived should a senior boy feel that the contents would be better in his care: a blue print of the society into which we would later be launched. During those early years I viewed food at meal times as fuel. Food outside of those fixed appointments was deemed as pleasure and it is in that context that I remember the bright orange slices of peach hanging suspended in their bath of viscous syrup. The addition of evaporated milk directly into the tin, as it was both container and eating vessel, created a magic of its own. As the the first drops of evaporated milk were poured into the tin they hung in the syrup like petrified gobs of purity alongside the salacious curves of slick peach. The temptation to plunge one’s fingers into this glory were always too much and the perfect image turned to a cloudy mess. And then I woke up and found real peaches…..I had been asleep for a long time. 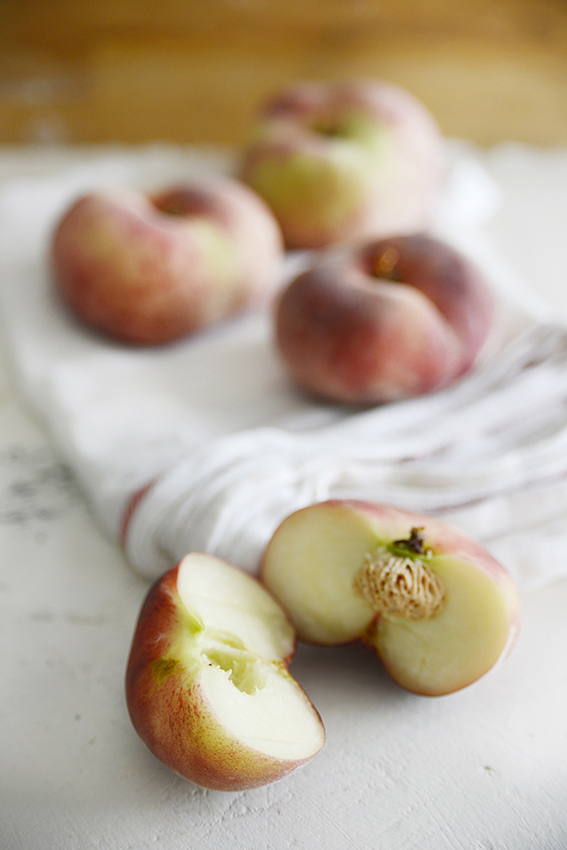 30 Responses to Clinging on in heavy syrup….a wet dream