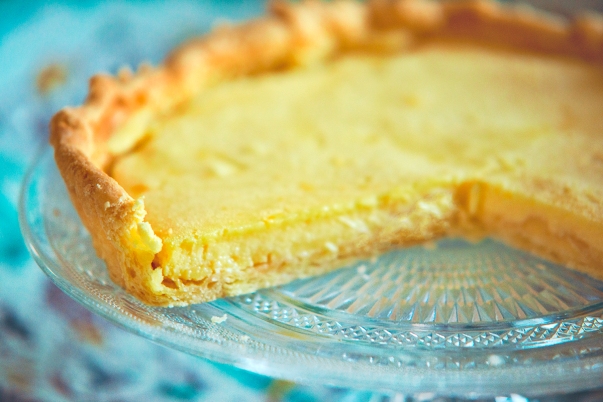 Of the phrases that exemplify the quality of French as a diplomatic language few can compare with “belle horizontale” as a well turned euphemism for an “expensive tart” and there is no doubt that the eponymous Tarte au Citron Cartet, the subject of this piece, is as  belle a horizontale as one could wish into which to sink one’s teeth. Cartet, as a restaurant, is a myth…an unknown venue which does not even display its name, save on the awning should it be wound out. There are no menus on display and the door is always locked. Madame Cartet, the celebrated owner and chef, is long gone but the new owner continues her tradition. As I, to my great disappointment, have never yet visited Cartet I have copied and printed below the report of one who has:
There is a name on the awning, but in the windows flanking the door, meant to hold menus, or anywhere else, is there any evidence that it is a restaurant. Including the locked door. As we began to turn away despite a reserved table, it was unlocked for us, then relocked behind us, lest some unreserved guest have the temerity to try for a table. One older couple and a table set for two reserved for us. The other 18 places empty. When asked, the chef replied that he serves “as few as he can”. He was charming, friendly and everywhere at once, doing everything. The menu is broader than one would expect for four covers, and not everything was available. This isn’t exactly a private chef, but neither did it evoke the awkwardness of an empty restaurant waiting for guests. It was unusual, as in never before, but fun. Again? Probably to show off, but we’ve seen the film.Food:Terrine for every table. Fresh and good. Magret, thinly sliced with orange sauce, veal chop with morels in cream sauce. Both served with a double portion of irresistible potato cake. Entrees, salade with lardons, morels (again) on toasted brioche with a different cream sauce.Desserts: All of them put on the table: chocolate mousse, lemon tart, rice pudding, floating island, flan…ServiceGracious and personalPrice: Very high. With two glasses of wine, one water (10€!) and two coffees, 232€.

This is as close to my ideal restaurant as I can imagine. I share the chef’s preference of serving as few people as possible indeed, cooking for than 6 people changes one of my most enjoyable activities into a toilsome purgatory. However, if the empty 18 places in the restaurant were filled with good friends then it would indeed be the very best place in which to enjoy eating and drinking outside of my home. 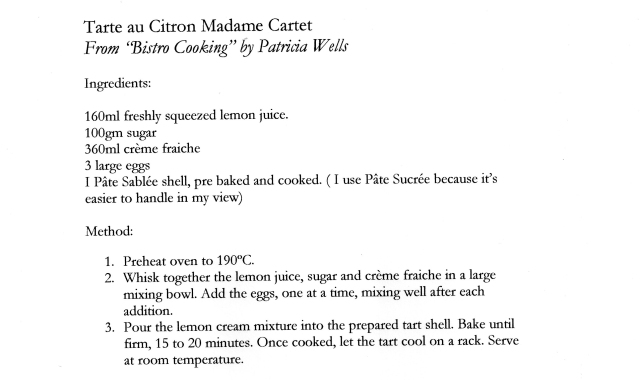