Not dropping my knickers whilst shopping…. 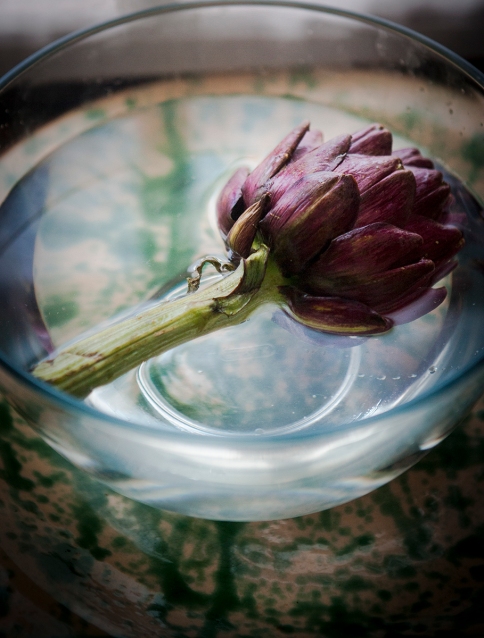 I like to feel that I eat seasonally  but, to be honest, I’m not sure what that means. My knowledge of the arrival and departure dates of fruits and vegetables is, at best, rudimentary and at worst, notional which failing I blame on memory and shops conspiring to confuse a tired old mind by stocking the fruits of all seasons in all seasons; so, on seeing a box of small and perfectly formed purple artichokes in the shop I assumed that the season for such artichokes must be upon us. Sticking to my seasonal ethic, I bought one. I should have bought more but that only became clear later. The one that I bought, destined to be but a photographic model, did not figure on the clearly defined shopping list in my hand,  so to purchase more would have stretched the thin elastic of our budget to the point where my financial knickers would have been around my ankles, which look I have never considered to be a crowd pleaser. 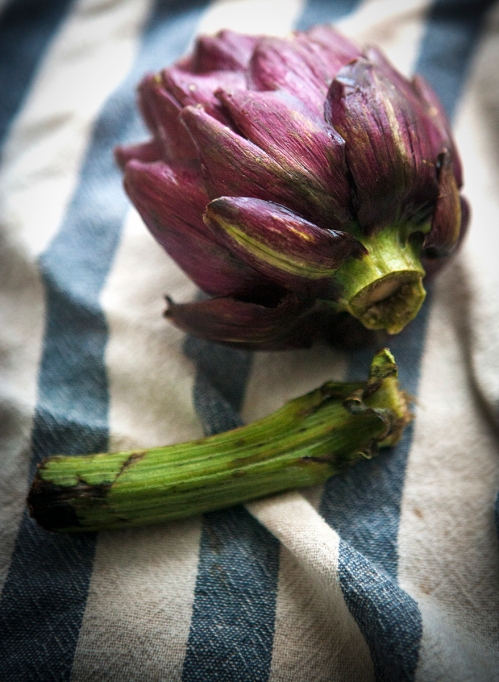 On the other hand, the purple artichoke is very much of a crowd pleaser. Her good looks are self evident, but her beauty extends far deeper than her skin. The more attention you pay to her in preparation, the more she reveals. What I was looking for in this beauty was more than good looks: I was looking for heart.Elizabeth David  speaks of a famous salad of artichoke hearts and foie gras and her trepidation at the thought of such a rich salad being served as a palate cleanser after a mighty dinner at La Mere Brazier. 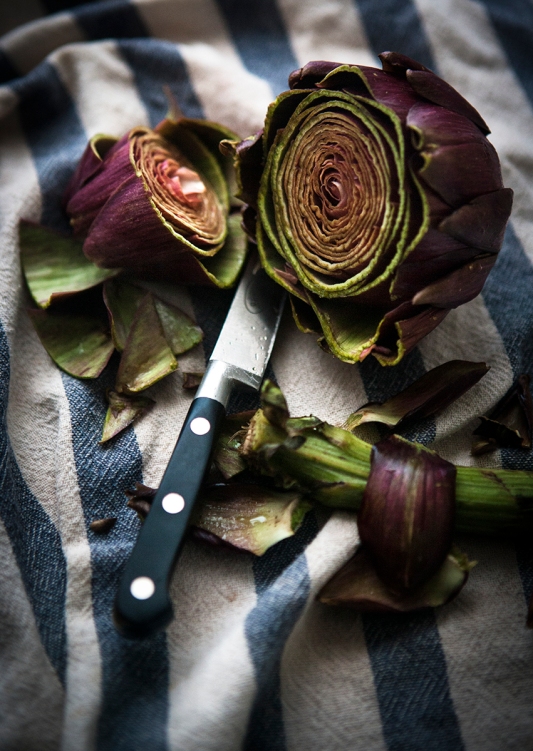 As luck would have it, or as very fine judgement in the kitchen would have it, this was not the case. The dish that came to the table was the simplest salad of a single, warm artichoke heart, on a bed of green leaves, dressed with some olive oil, lemon juice and sea salt. Very pretty and pretty wonderful as I found out for myself, in humbler surroundings, yesterday. 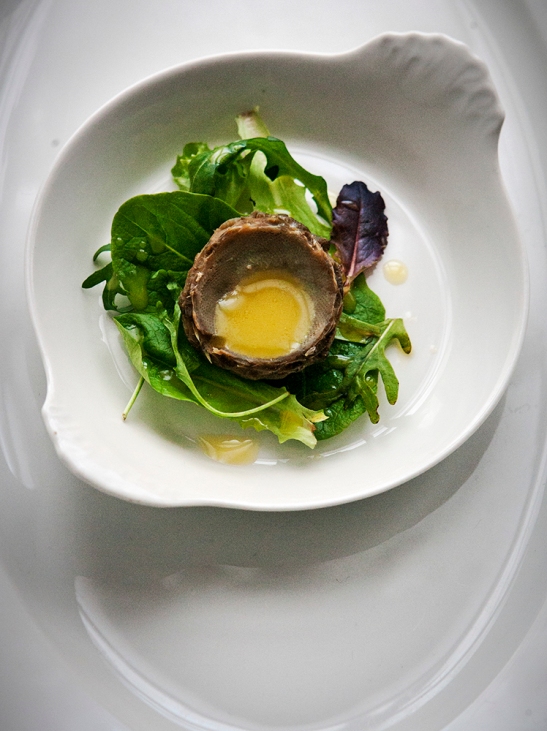 49 Responses to Not dropping my knickers whilst shopping….