If there are no Incas available, string up an onion…… 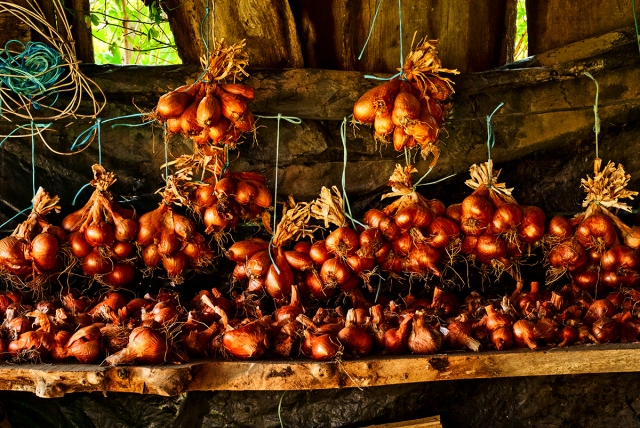 I’m beginning to suspect that La Moussiere may have been a far flung outpost of the Inca empire. Although the name Atahualpa is not as common in the neighbourhood as I would have expected, there is a common thread that runs through the two civilisations and that thread is blue. Recent research on my part confirms that the Inca empire was held together by string and it cannot be by coincidence alone that the La Moussière civilisation is bound together by a striking blue version of that very same material. It is also evident that generosity was not a defining quality of the colonising Incas. When they tired of snail suppers and the lack of mains drainage they took their leave of the Vendée and took their golden treasures with them, spitefully leaving only their highly detailed account books for the abandoned, and now penniless, locals to bitterly pore over and, in consequence, with which they now hang their onions or tightly truss hay bales whilst thinking of Inca throats. Strangely enough, the conquistadores strangled Atahualpa with string, whether blue or otherwise remains veiled in the mists of time, even though his subjects had duly paid up the demanded ransom of 264 tonnes of gold. We in La Moussière are still patiently waiting, whilst idly fiddling with our balls…of string… for the arrival of a Brinks Mat van laden with our compensation. 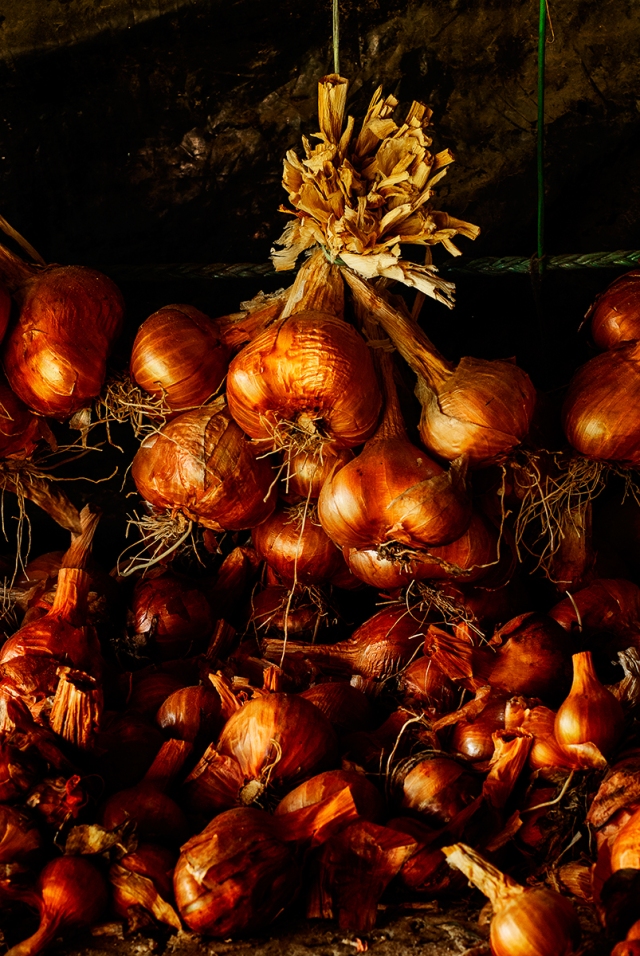 49 Responses to If there are no Incas available, string up an onion……