Uncovering treasure is not an accurate science. I say this with an authority that I do not possess, as treasure and I are rarely, if ever, seen together or even spoken of in the same breath. The same can be said of Ikea and good food, which was why we had fled the Mall of Mammon and found ourselves meandering, in our furniture filled, hired white van, through the vineyards of Muscadet. We were searching for the elusive “bonne table” that is so often written and spoken of, yet so rarely eaten at. Time for searching is limited in the French countryside as hospitality at lunchtime only occurs in a two hour window. Outside of that window – well, you’re outside of the window. Disappointment was a hair’s breadth away; my eye was attracted by the sign on a vineyard declaring it to be Domaine de Noë, which was interesting, as the Noë grape is proscribed owing to the amount of methanol it produces, giving it a kick which makes that of absinthe reminiscent of mild cough mixture: and then, there was Chez Papa.

It had the look. It had the look of a place where people would stop to be restored. The car park had a scattering of ordinary family cars but, more interestingly, there were mountainous piles of “sarments”, or vine trimmings, which are a wonderful fuel for an open fire on which to cook. Just inside the front door was a fire on which to cook, next to which was pile of those same “sarments”. 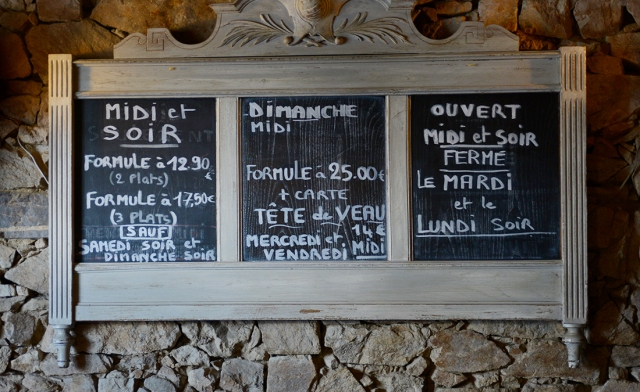 There’s no question but that the good people who run this restaurant are sensibly trying to attract customers, of any and every sort, which would account for the “props” that proliferate. I liked (like) the place so much, that I wouldn’t have minded if the waiters came out singing, dressed like the Seven Dwarves – they didn’t, so I wasn’t tested on that insane declaration.

This is how I like to eat. A good terrine de joue de boeuf en gelee with a glass of local Saumur de Champigny. How often is one presented with a carte des vins written on a piece of paper taped to a small block of wood? Not often enough: this list was small and dealt solely with well priced, delicious wines of the Pays de Loire, which is where we were. On the back of the block of wood was written ” Demandez notre liste de Premiers Crus”. How’s that for understatement. No need to go through the litany of dishes, but it’s worth saying that they were all well cooked and not fucked about.

France unplugged is where we were. A table of ladies, of a certain age, enjoying oysters and good local Muscadet. Families at table, intent on the pleasure of eating and each other’s company. The care of a kitchen where the grill is fired up, with a bunch of fresh vine cuttings, to cook each single saucisse au Muscadet or boudin that is ordered. Finally, a wonderfully moist ( oh God, I’ve had to use the word) moelleux d’orange with a boule of dark chocolate ice cream. So good – and then the road home with blue skies and soft, white clouds. I was restored. 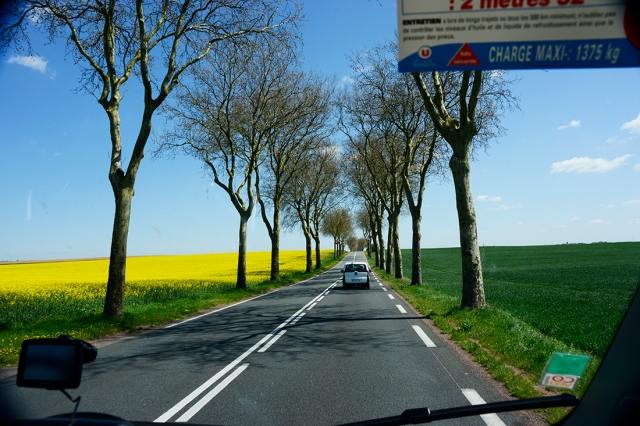 49 Responses to Ladies who lunch..Chez Papa..